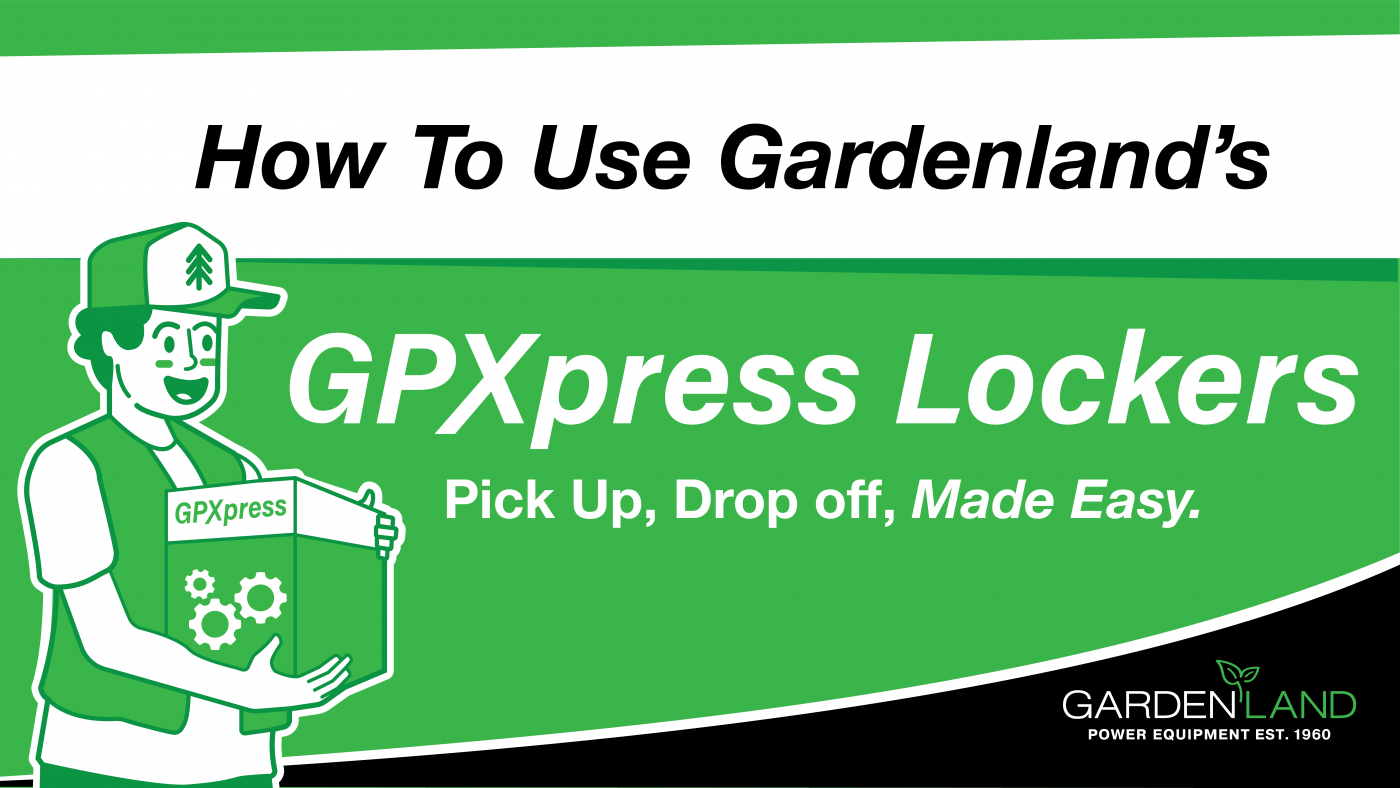 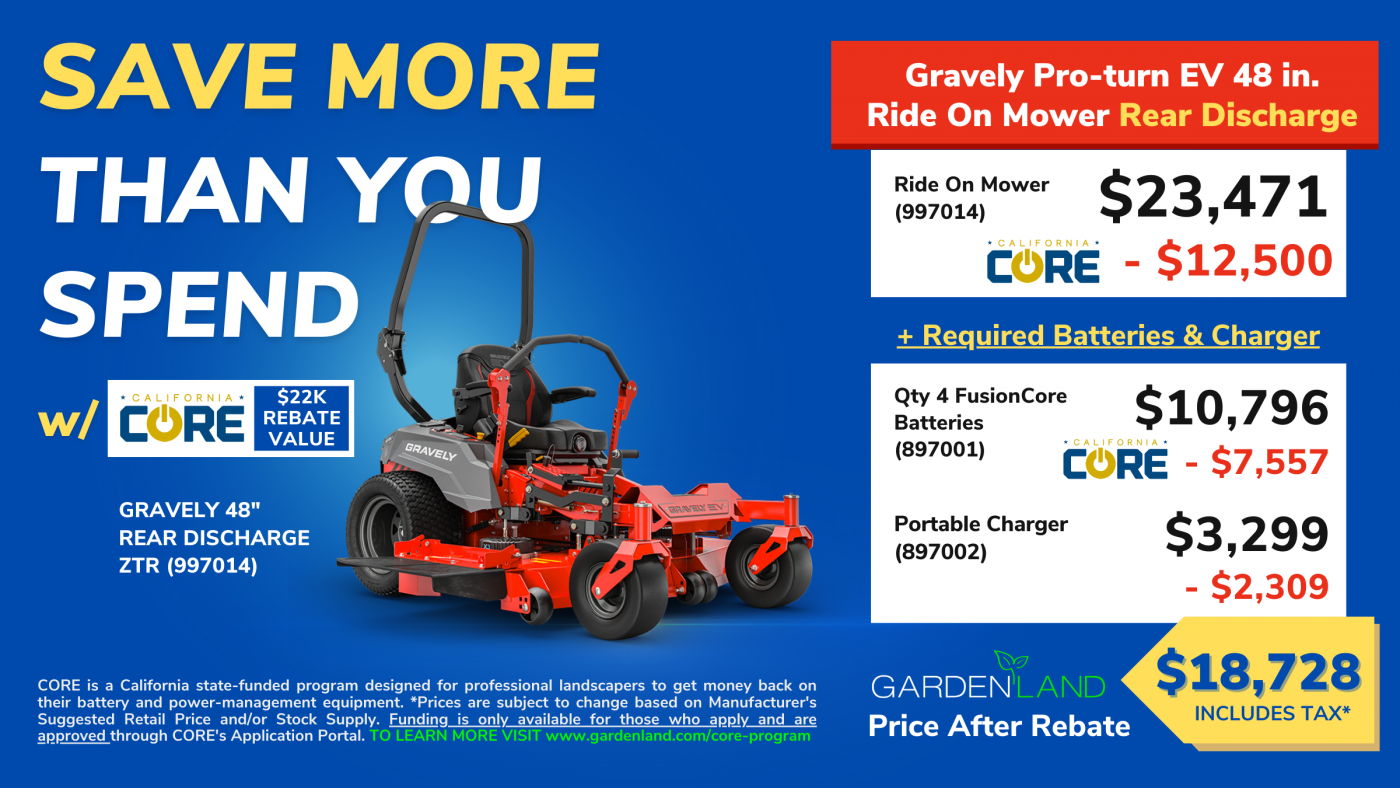 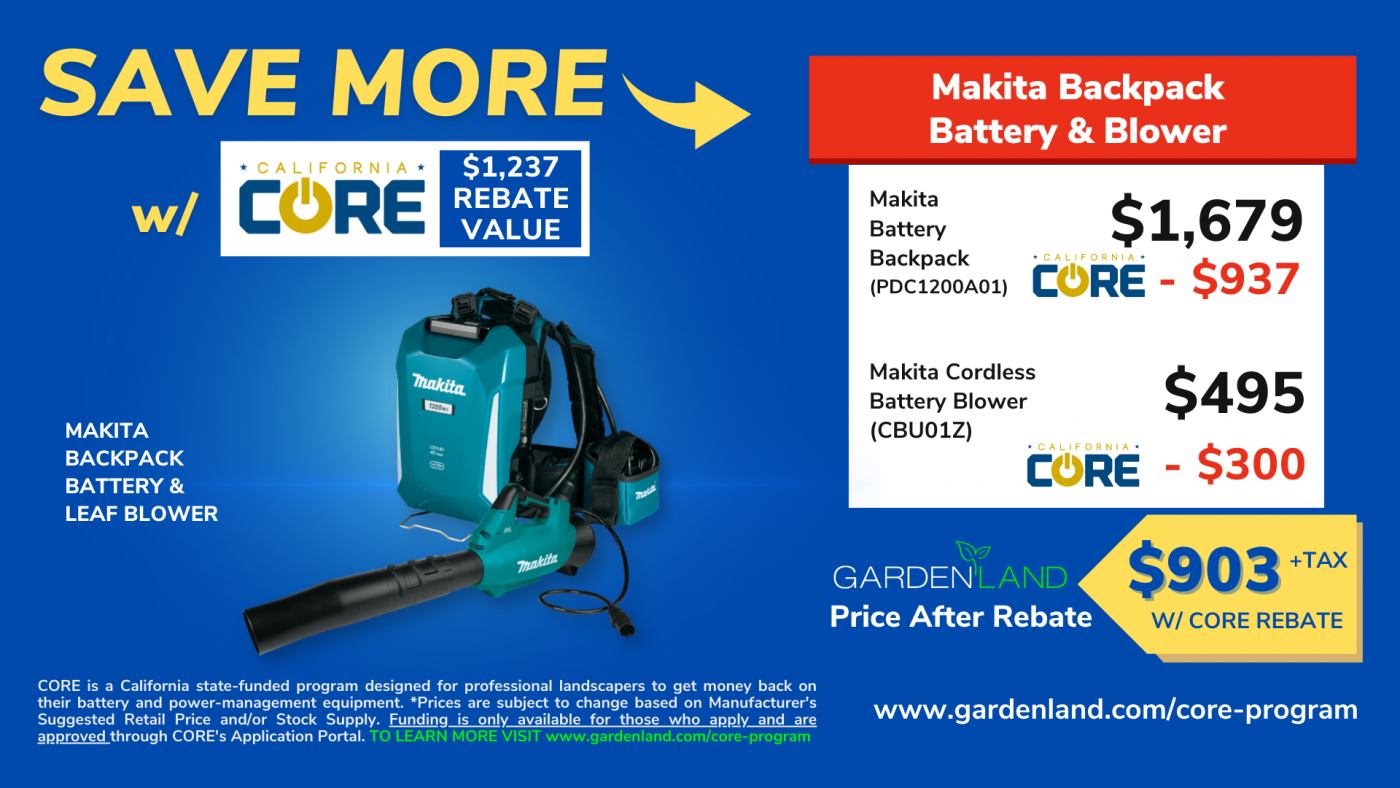 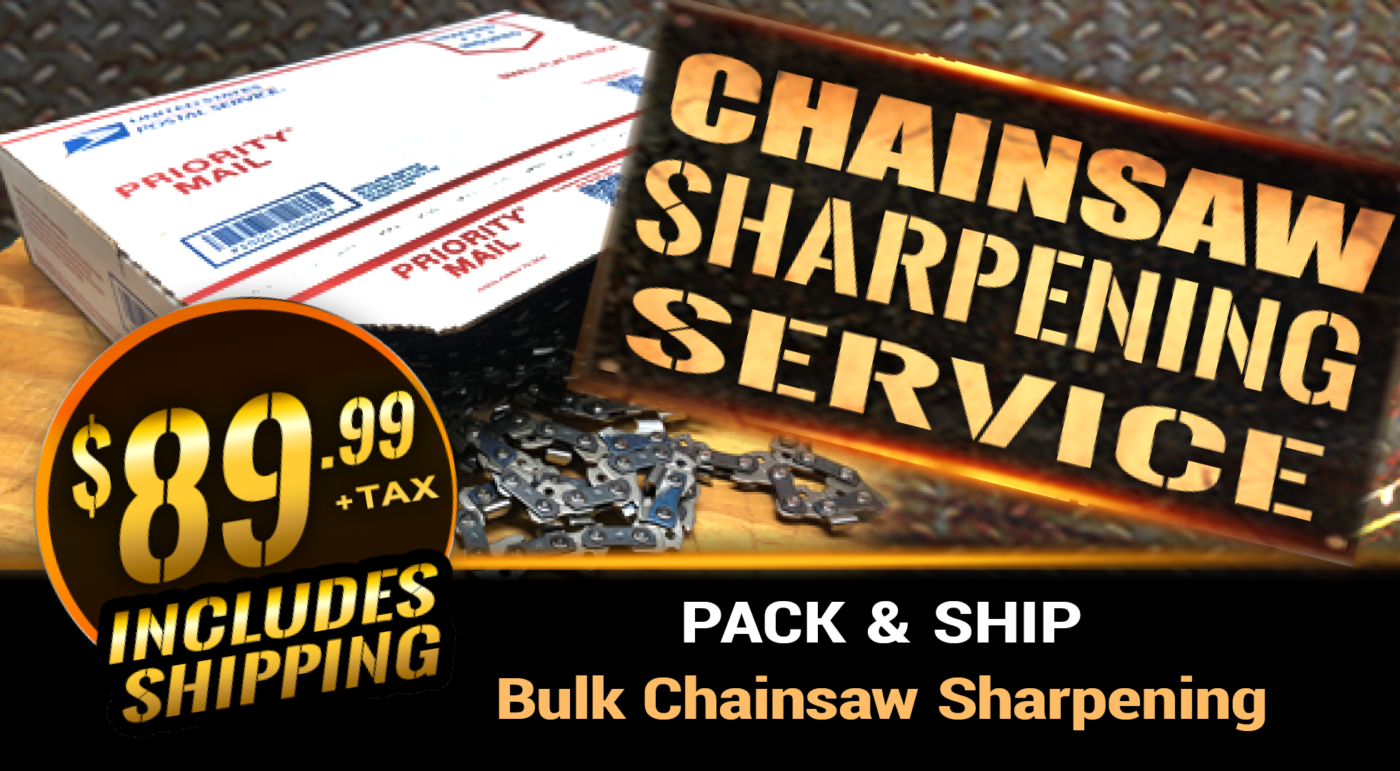 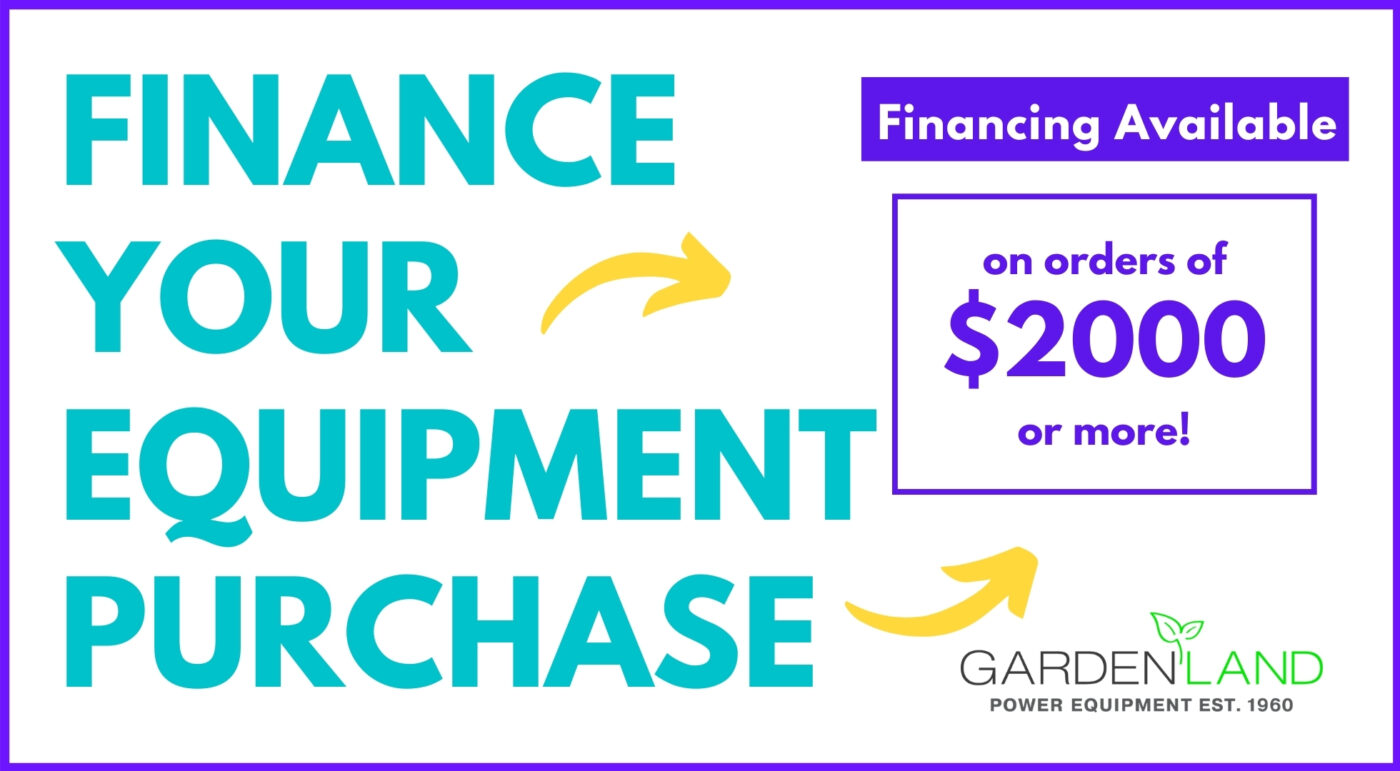 The Smartest Way To Charge by Towa Industries Inc.

The TOWA PDM™ (Power Distribution Manager) is the next generation of smart battery charging appliances designed for professional landscapers in the Outdoor Power Equipment industry. The TTPDM120S 4-Channel PDM intelligently charges four batteries without overloading an electrical circuit by detecting amp draw requirements for each battery, safely distributing power to each battery charger.

By managing all the connected power outlets the PDM can be used to charge batteries from any manufacturer regardless of different amperage and voltage specifications. Simply plug the chargers into the PDM outlets and this SMART charger will efficiently manage the loads, automatically switching between outlets to charge as many batteries as the input circuit can handle.

Large deployment of battery-powered tools will increase your monthly electricity demand and could potentially overload circuit breakers from limited standard power supply. Upgrading electrical panels to increase utility power is very costly The PDM allows landscapers utilize existing available power outlets and circuits to charge up to 4 batteries at the same time. With cost savings and efficiency in mind the PDM lowers electrical costs and save multiple headaches.

STACK AND DOUBLE YOUR CHARGING INFRASTRUCTURE

The latest TTPDM120S 4-Channel PDM now has a 5th outlet that is able to link with additional TTPDM120S PDM models, Towa’s latest technology provides the option to expand your charging infrastructure by daisy-chaining multiple PDM’s to charge more than four batteries at once.

How many battery devices will the PDM charge?
Each PDM is capable of handling up to four 16Amp battery packs. Each individual PDM can be connected to power multiple PDM’s from a single outlet.

Where do I use the PDM?
The PDM is designed to standalone and you ideally locate the unit in an area where all your batteries would be charging.

If I plug in all my batteries and walk away, will the PDM work automatically?
Yes, the PDM is designed to rotate automatically switching between battery loads.

How does the PDM know how to charge each battery?
The PDM senses the load and charges the device until full then moves on to the next device in sequence.

Is there a way to monitor load on an interface?
Yes, PDM is capable of connection to web-interface as an added option upgrade.

What do you mean by Trigger Point?
Trigger point is the point at which a newly added device caused the capacity to be reached.

If the outlet gets shut off due to capacity being reached, will it know to turn back on?
Yes, the PDM continuously monitors the loads and when amps become available for the next device in sequence, the outlet will be turned on to complete the charge.

Do I have to manually program any timers?
No, the PDM continually checks the status of the entire unit as well as individual outlets.

Does the PDM come with any warranties?
Yes, the PDM comes with a Standard 2- year warranty against any manufacturing or functional defects. There is an option to purchase an Extended Warranty for $49.95 which simply extends the original warranty. Then you will be covered for 3 years from date of purchase.

Tips for Setting-up a Custom Trailer for Battery-Powered Tools

During set-up, Armando Vega, CEO of Enviro Views put himself in shoes of his crew and wanted to create fast access to the tools without stumbling into and damaging other equipment.

The Towa smart charger runs tightly into all the other chargers and is clean and out of the way. The thin footprint of the PDM Smart Charger box is and how it neatly fits on the wall.

How Was the Set-up of the Towa Smart Charger?

Setting-up the power box was simple. Basically, he had an electrician install an outlet on the outside of the trailer so when he parks the trailer, all he has to do is connect the extension cord to the outlet on the trailer. He read the TOWA PDM installation instructions, but all he had to do was mount it on the wall plug it in.  That was pretty much it, and every day his team makes sure all the batteries are secure in the chargers and all the charging lights were on the smart charger. It’s really simple.

Plug and Go with the Towa Smart Charger

Armando gains the peace of mind knowing that all your equipment is charging and you’re not going to trip the circuit breaker. Every morning all his equipment is going to be fully charged. He always tell my group leaders to stay a few seconds to make sure all the lights on the smart charger are lit-up ready to charge.

Read the complete interview with Armando Vega from Enviro Views